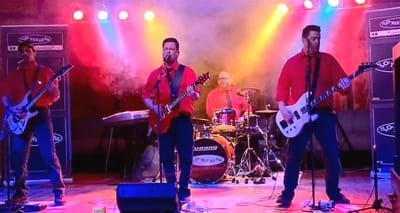 Since 2009 The O'Needers have been entertaining audiences with their amazing set list of CLASSIC ROCK songs everyone knows and loves. "We haven't heard that song in forever" and "you guys sound just like the record" are just some of the responses from their audiences.

Whether the band is playing a large outdoor show or a small club, the band gives 100% to the detail of every song and keeps audiences dancing all night long!

Why the shirts and ties?
If you’ve seen the 1996 Tom Hanks movie “That Thing You Do!” You know The O’Needers are based on the band from Erie, PA in the movie!


I BUILT MY SITE FOR FREE USING